In a national competition, three robotics teams from Riverwalk Academy competed virtually using block programming to solve obstacles for their online robots. The three teams were The Waffles, The Power Rangers, and The Depressed Toasters. Out of approximately 230 teams that competed, all three teams finished in the top 64 teams and competed in the first round of the playoffs. Unfortunately, they were eliminated in the first round, but congratulations to all those that participated and made it to that first round! 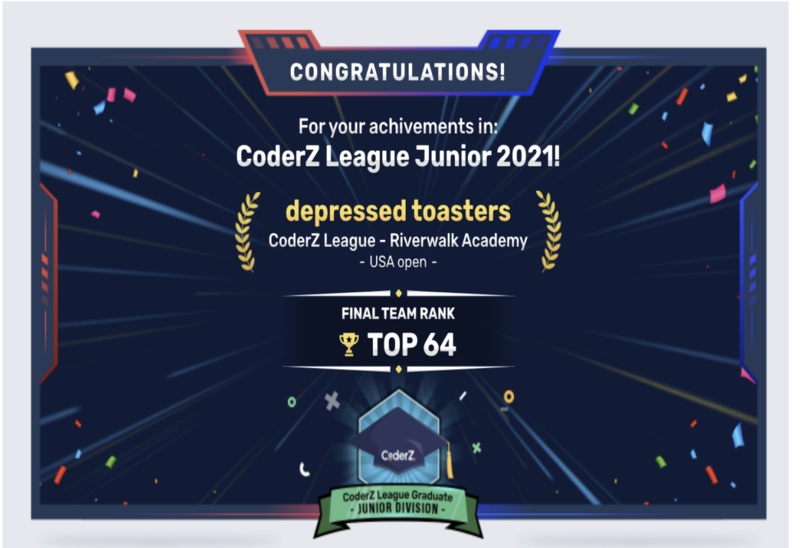