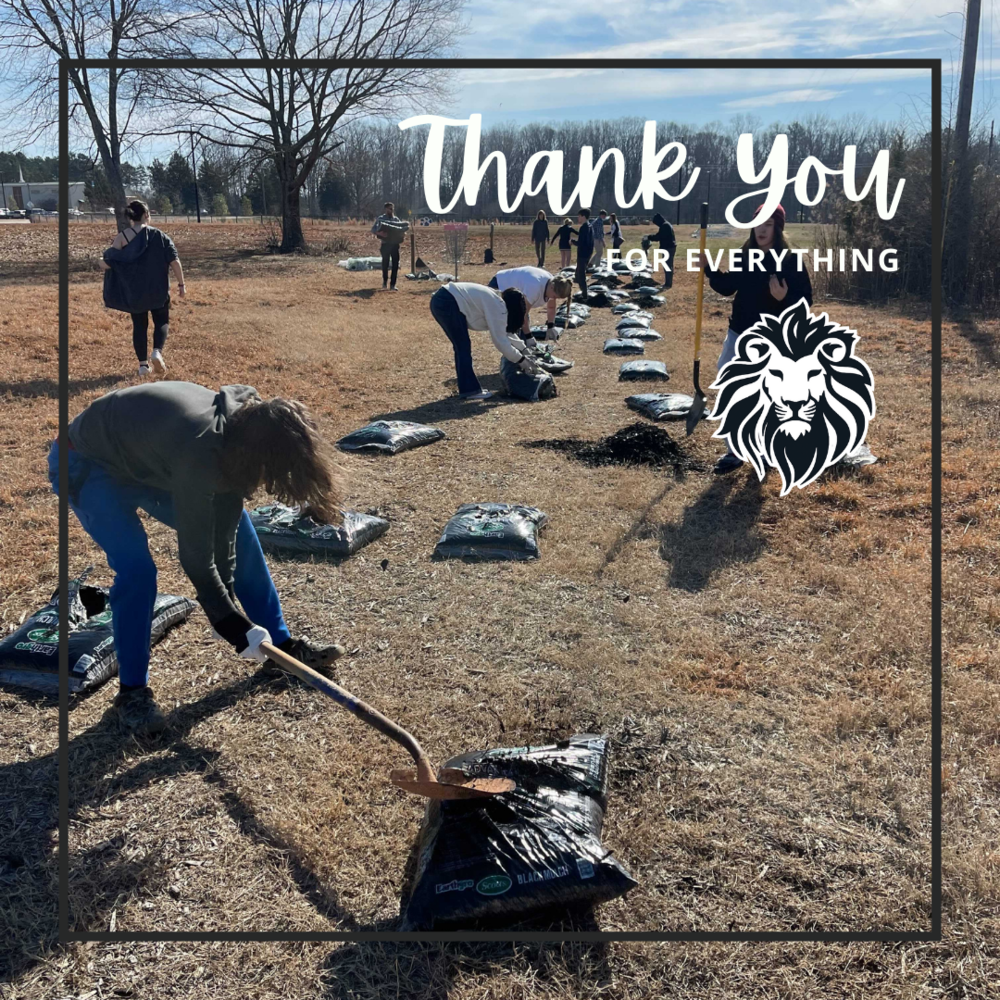 Thank You to Scott's Hyponex Corporation

We want to thank Scott's Hyponex Corporation for donating two truckloads of mulch and soil for various projects on our campus!

Under the leadership of Mr. Prothero, a group of high school students made it their mission to make improvements to this trail over the school year to restore it. At first, the trail was sectioned off into small areas in hopes that other grade levels and community sponsors would help make the trail improvements. This helped make small improvements such as a few trees and several benches.

In addition to the mulch, Scott's Hyponex Corporation provided several pallets of soil use throughout the campus by various classes for school beautification as well in the school garden. The school garden was created by the Riverwalk Garden Club to provide fresh vegetables to families in need and to the Rock Hill Homeless Shelter. The long-term goal of the Riverwalk Garden Club is to provide fresh vegetables to students at Riverwalk during lunch.

Scott's Hyponex Corporation went above and beyond with their donation of two semi-truck loads of mulch and several pallets of soil! Riverwalk Academy is so grateful for this donation!

The trail will be used for nature walks, plant and animal educational opportunities, environmental and species conservation, and it will be outfitted with outdoor exercise stations to encourage healthy activities.

Much more support is needed to reach our ambitious goals! We would gladly accept donations and volunteers to assist us in beautifying our campus. Anyone interested in helping can contact Mr. Prothero via email (mprothero@riverwalkacademy.com)